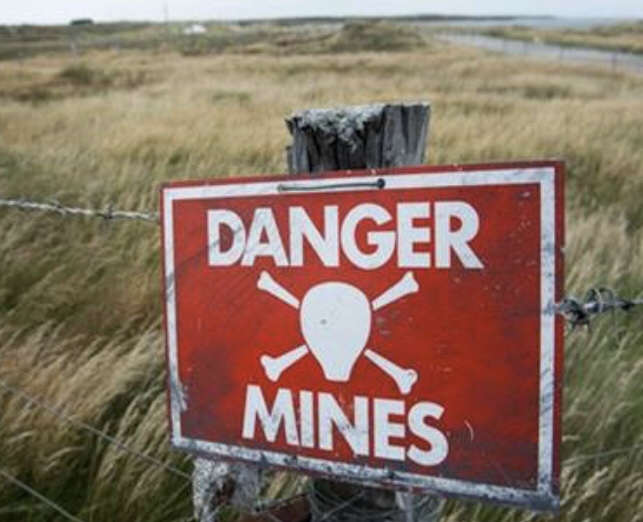 Smell the burning powder?
There’s danger in the air
A voice from deep inside is telling you, ‘you must beware’
Then enemy is watching
Every step you take
To find his opportunity in every choice you make

The noble play by the rules.  They fight fair, but to the enemy, that’s just another advantage.  The forces of evil are not ones that attack with blunt force.  They don’t make themselves known or follow the standards of war.  America dealt with such hostiles during the Vietnam War, where thousands lost their lives.  We may wonder why so many American forces fell during that conflict, but the answer is in their tactics.  While the Americans were excellent at brute force and delivering firepower, the Vietnamese were masters of the undergrowth.  They crept about the forest terrain they knew so well, easily taking down American forces.  They didn’t exert force, but used cunning and devious tactics to gain an advantage they didn’t have.

The enemy is no fool, although many times we make him out to be just that.  He is as much a tactical genius as he is a treacherous snake.  With his cunning and his quick wit, he wages gorilla warfare upon the armies of God, who always fight fair due to the master they serve.  Ambushes, traps, sneaky takedowns, all of the above are surprise tactics the devil pulls on God’s people, but we have a choice of whether or not to succumb to the devil’s schemes.

In our world these traps could be sudden and unprecedented attacks on family, finances, and more, but remember this, the U.S. won in the end.  The enemy is merciless and void of any human emotion.  He has no fear in pulling under-the-belt shots that will cripple you, in fact these dirty shots are what make up close to his entire arsenal.

The devil’s victory truly rests in your hands.  Are you willing to make the right choices that lead to the enemy’s victory?  Jesus Christ, the captain of our hosts will guide his armies by day and night, but our freedom of choice is a weakness.  The song lyric states, “The enemy is watching.  Every step you take.  To find his opportunity in every choice you make.”  Your choices are his opportunity.

No matter how deceptively dirty our opponents may fight, it is the reaction of the victims to the enemy’s brutal tactics that defines who they are.

One thought on “Guerilla Warfare – This Means War”