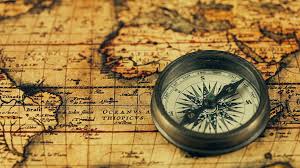 Even the worst of people have a glimmer of hope, and the baddest of the bad have a chance for redemption, but if every human has a conscience, how can the criminals of the world bring themselves to kill their fellow man?

A conscience is something that grows and changes based on the emotions and actions of it’s owner.  If a killer were to continue killing, the feeling would be normal to him, and maybe even satisfactory for the sick-minded.  The conscience which pricks your soul when you do wrong would be quietened because of prolonged exposure to malice.  It merely outgrows the feeling of guilt when your actions force it to.

The conscience is a moral compass, which directs our actions, and our thinking.  Without it we would be, in simple terms, sociopaths.  Sociopaths feel no fear when they know they are wrong, as they are utterly unable to.  Without this inbuilt nature, we would do wrong and never hold ourselves to any moral standards.

However, there is some hope for those who have silenced their conscience and let their ego and fleshly desires take control – a tiny sliver of humanity that still remains inside of them, that broken compass, pointing the way to life.