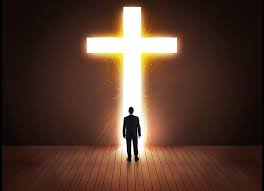 The word activist sparks immediate meditation on people like Dr. Martin Luther King or Mahatma Gandhi, but Jesus was the first ever, true activist.

One might think: “How?  Jesus descended to Earth to abolish our debt of sin, not to speak out for our rights!”  Well, in the process of saving us he took steps against many of today’s controversial issues, and hidden in many common incidents in the Bible we can see Jesus’s small but effective actions for a better world.  His actions inspired almost every activist that came after him. Dr. King, Gandhi, etc. Through His life he inspired those who came after him and battled common issues that our society is still at war with even today.

Back when Jesus was alive, women’s rights were never a concern.  In fact, the temple was divided into separate sections for separate groups.  Women were not allowed close to the temple, but had to stand in their own section behind titanic walls, far from the actual dwelling place of God.  However, when Jesus died, the veil which separated the Holy Place from the Holy of Holies, a place the High Priest was only allowed to enter once a year, even then risking death, was torn in two.  This symbolized that he had broken down the barriers, and that all were able to come into his courts and worship, including women. Jesus also stood for women by honoring them multiple times throughout His ministry.  Three days after the crucifixion of Jesus, the day He rose, 3 women went to visit him at the tomb. Mary Mother of Jesus, Mary Magdalene, and Mary of John. The gospel, one of the key events in our faith, was first shared with women when Jesus graced them with His presence, honoring them with the privilege to be the first, to witness His resurrected state.

Jesus stood against the division between the ranks of the Jewish hierarchy:

The Jewish hierarchy was a hindrance for the people to worship God freely.  Between each step in their social hierarchy was a limit to their place of worship in their temple.  The higher the rank, the closer you can come to God’s presence. As mentioned before, the Jewish temple was divided into sections by enormous walls. The common people were prohibited from coming closer to God’s place of dwelling in order to pour out their sorrow directly to him, instead they were placed behind their respective walls.  Below the divisions are shown:

Before His death, Jesus said that he would break down the temple and rebuild it in 3 days.  What we can interpret from this is that Jesus was foreshadowing that he would break down the segregation between the different ranks.  During his death, the veil blocking the entrance into the Holy of Holies was torn from top to bottom. During the three days he lie lifeless in his own tomb he tore down the barrier which kept man from God.   That phrase symbolized the collapse of the virtual walls that kept the common man from God’s presence, even though the material walls still remained.

At the time when Jesus walked among men, there was a clear social rift between the Jews and Samaritans.

Jesus was one of the few Jews that occasionally crossed into Samaria.  This astonished many, including the Samaritans.  Jesus entered Samaria, and there he was subtly protesting the rift.  Jesus spoke out fo many races,  not only Samaritan, but Jesus advocated for all races, which the Jews of the time considered lower than them.

Jesus was the first ever activist, He abolished not only our debt of sin, but worked to end injustice that carried over to today’s world.  Does that mean that His mission was a failure? Absolutely not. He lit the fire, he paved the path for activists in the future. He stands as an inspiring symbol of hope, liberty, and motivation for all.

One thought on “Jesus vs. Segregation”