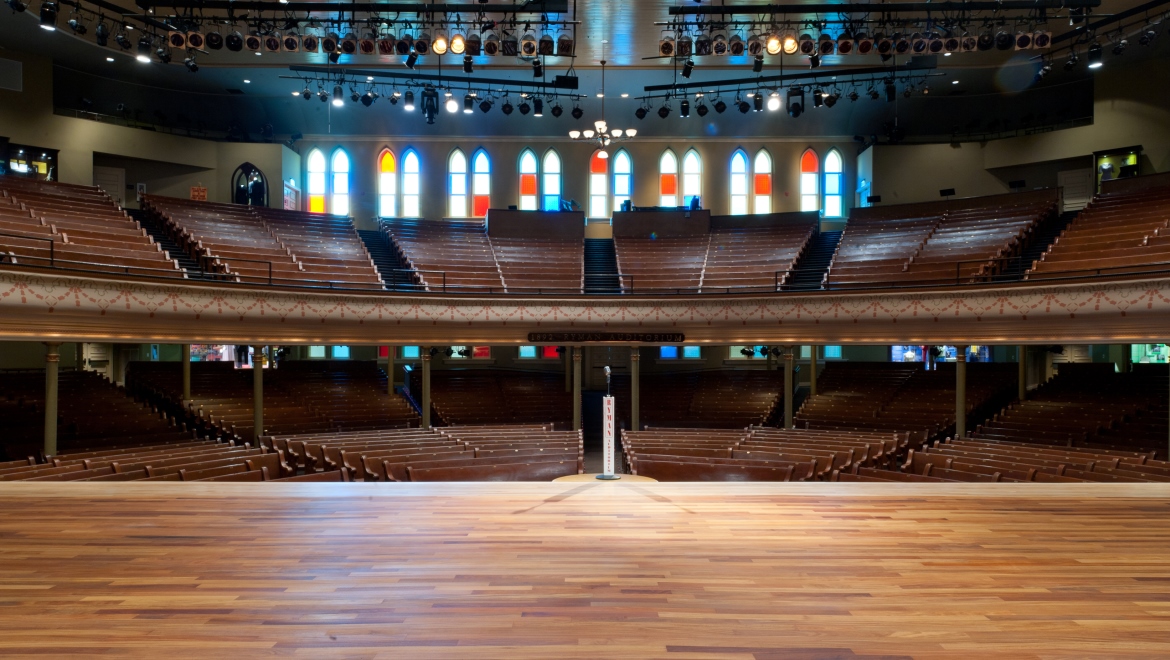 Sam Jones was what was known as a “fire and brimstone” preacher.  He was born on August 3, 1846 in Wales.  He passed away on July 12, 1904.  He started out as an American business man, however later became a prominent revival preacher during the 1800s  At the time he was alive he was a powerhouse for God, he was the seed of the revival.  His views were strictly against idleness and alcohol, and so he was unpopular among the businessmen in the city.  Nashville was a riverside town, and so they where home to many saloons and bars, where some of the city’s most unsavory behavior took place. He conducted multiple revival meetings, bringing thousands to Christ.  His words would the be the ones to eventually turn Tom Ryman to Christ.

Captain Tom Ryman was a the rich owner of a major Nashville riverboat company.  He was arguably one of the most well-known of the people of Nashville at the time.  He started the business with his father, but took over at the young age of 15.  He went fishing on the Tennessee River to support his family during the Civil War, and soon had a fleet of 35 vessels under his command.  Tom Ryman’s profits were derived from alcohol and other behaviors which constituted biblical immorality such as gambling.  However, he happened to attend one of Sam Jones, and he was changed forever.  On May 10, 1885 he attended a tent revival.  He knew the Sam Jones was the reason for loss of business.  With people being converted left and right, the people of the city no longer took interest in any corrupt behaviors, and businessmen like Ryman suffered.  He knew that Samuel was the cause of all his problems, it was for this reason that he went to see what all the revival fuss was about.

After meeting Christ, his directives were completely reshaped .  He vowed that he would use his extreme wealth and resources to construct a place, a tabernacle where the people of Nashville could gather and hear the Word of the Lord.  Tom Ryman pitched in and the  Ryman Auditorium was born.  It was originally known as the Union Gospel Tabernacle, but at Ryman’s funeral in 1904, Sam Jones declared the Tabernacle would be named after its founder, creating the name worldwide, Ryman Auditorium.